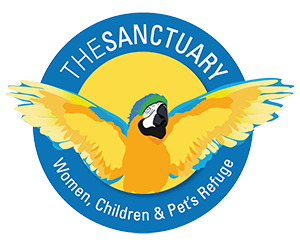 The Sanctuary is a self funded, non-for-profit charity founded by Simone Patterson in 2016. Simone Patterson, Founder, CEO and Social Worker of the Sanctuary has long held a passion for helping those less fortunate, disadvantaged or disabled. To pursue this dream, she completed her Bachelor of Social Work and became a Counsellor, whilst also working with a number of welfare agencies doing case management, outside home care, and myriads of other welfare work.

Simone purchased a property on the southern Gold Coast and began the journey of transforming it into a refuge for women and children fleeing domestic and family violence. The Sanctuary was established in 2016 as a private charitable venture (Retreat for Kids Inc, Reg. number: CH2895) by Simone.

Today the Sanctuary is privately funded and relies heavily on the generous donations and support from the community at large and companies such as Ikea. You can help us empower women and children escaping Domestic Violence.

These statistics on Domestic Violence, emotional abuse and murder demonstrate the prevalence and severity of violence against women in Australia.

The Sanctuary is privately funded and relies heavily on the generous donations and support from the community at large. Whilst the incidence of domestic violence has not abated, the number of refuges on the Gold Coast has decreased.

Although we are a not-for-profit charity with DGR status (registration number CH2895, ABN 18598200318), unfortunately, we have no source of regular funding.

As a privately funded domestic violence refuge filling a significant gap in welfare services in southern Queensland, we are reliant entirely on fundraising activities as well as donations from our generous corporate sponsors and local community members.

We acknowledge and recognise all sponsors, including through social media (we have a following of over 13,000 members), and are greatly appreciative of the generosity of the Gold Coast community.

Today there are over 3,000 people who are living on the streets of the Gold Coast and Brisbane. Many are women and children who are victims of domestic violence. They have no place to go, nowhere safe to sleep and no support to help them to rebuild their lives. Every 3 minutes someone in Australia telephones the police about Domestic Violence.